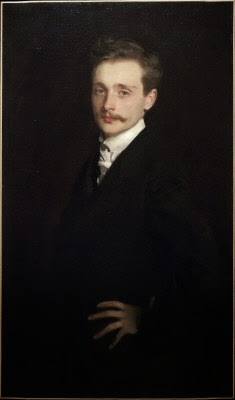 This painting hangs in the Seattle Museum of Art. It is a lovely painting a little unlike most of Sargent's portraits in that is was not commissioned. Sargent was a great admirer of the composer and pianist Léon Delafosse.  The two of them became good friends. The painting was inscribed, in French, "to M. Léon Delafosse in fond remembrance."

Not knowing who this Delafosse was, you now see the underlining description of him as a pianist in the portrait. The mostly black use of color contrasted only by his face and hand. It just about shouts 'piano'!

Of course Delafosse is a decadent especially in the matter of neck-ties-but he is a very intelligent little Frenchman, and a composer and excellent pianist, who is probably going over to America in a year's time, so I sent his portrait over as a forerunner.  —John Singer Sargent, to Isabella Stewart Gardner, on Léon Delafosse, 1899

Cosmopolitanism has been one of the keynotes of Sargent's life. "An American, born in Italy, educated in France, who looks like a German, speaks like an Englishman, and paints like a Spaniard," is a phrase that largely sums him up.  —Critic William Starkweather, writing about Sargent in the journal The Mentor, 1924 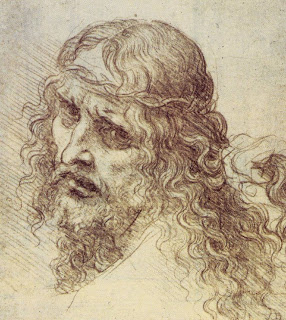 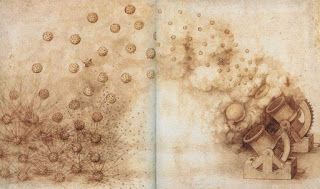 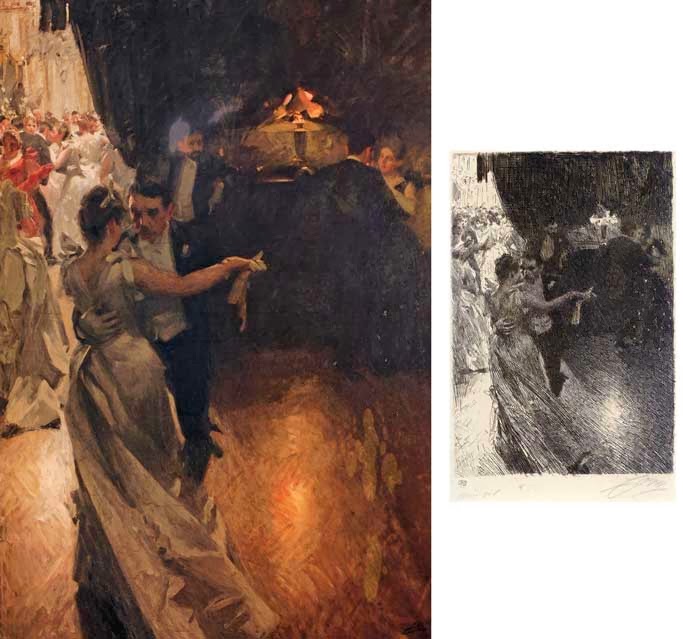 The Society of Painters and Etchers was formed in 1880. Their main agenda was to promote printmaking as an original art form. Printmaking seems to becoming more popular, especially among painters these days. While in England around 1880, Anders Zorn met up with a fellow Swede, Axel Herman Haig. Haig was one of the founders of the Society. He taught Zorn how to etch, as Haig was an excellent, self-taught, prolific etcher. Zorn was casually interested at first and did not take it up seriously until he was established in Paris, 1888. Below I have put etchings and paintings by Zorn side by side for comparisons. One example is a sketch and etching.

Zorn superimposed his portrait on the dancer in ‘The Waltz’. He wrote in his autobiography notes, “ I particularly recall my efforts with that troublesome task: the waltz. I was fond of dancing and wanted to attempt a study in movement using scenes from society balls I had attended in Paris. It was always the same crowded mess in the ballroom; …
Read more